I started researching on Warlock and read that they choose a patron and they make pacts to use the power. When I started drawing I took a very dark turn, imagining him summoning creatures, but I think that was a wrong take. The results shows that I draw a typical necromancer, somewhat creepy and surrounded by death. So day 11 is not a warlock, as promised in my list. 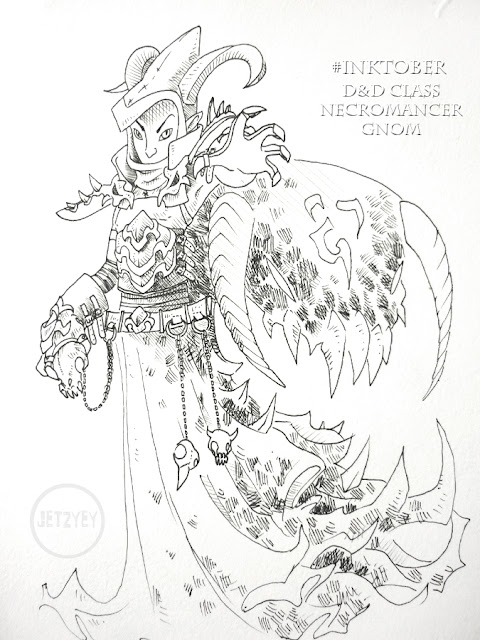 I was very much looking forward to draw a female dwarf. It is rather easy to draw a male one, just give him lots of beard and plates, and so it was a challenge to figure out the right strong stature of a dwarf and give her the nice curves that she deserves. Also challenging was to keep her look strong, but not like a fighter, which I feel is a typical class for dwarfs due to their strength.

I brainstormed some dressing gown models trying to figure out which one looks feminine but not sexy. I didn't want to put her in a costume that you would expect on an elf, but she shouldn't be completely covered up, like a dwarf has nothing to show. With that I went for a generous cleavage. The pattern on the dress has of course to be celtic style. 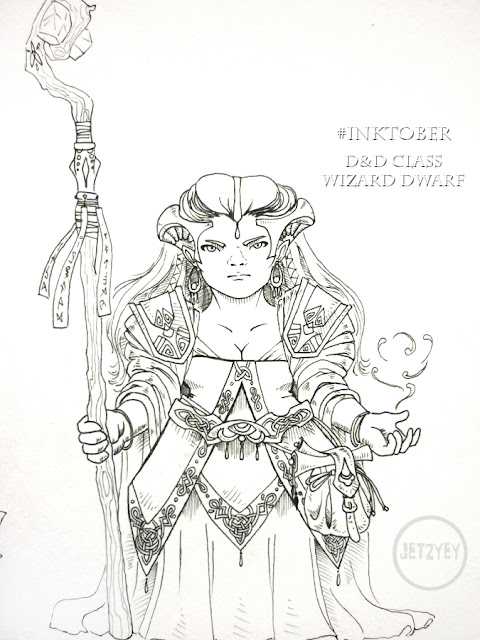