Day 6 is a female monk human and I really enjoyed this one. I have strong preferences and visions how a spiritual fighter should look like and that made it easier to choose a wardrobe and pose. I could have used this opportunity to develop a new style and get out of my comfort zone, but the list of classes repeats towards the end of Inktober, and I will use the chance later.

D&D description for weapons mentions a lot of martial art weapons (kama, nunchaku, sai, shuriken, siangha) and I would have picked up the nunchakus, but I decided for a meditative pose and gave her only a mystical role holder.

During my research for clothes I found that all D&D monks have an Asian touch, probably because christian monks are not know for fighting, and so I went in the same direction. I took elements I know from Mangas, which influenced my drawing style a lot when I was a teenager. It felt very comfortable to draw her, like revisiting an old school. 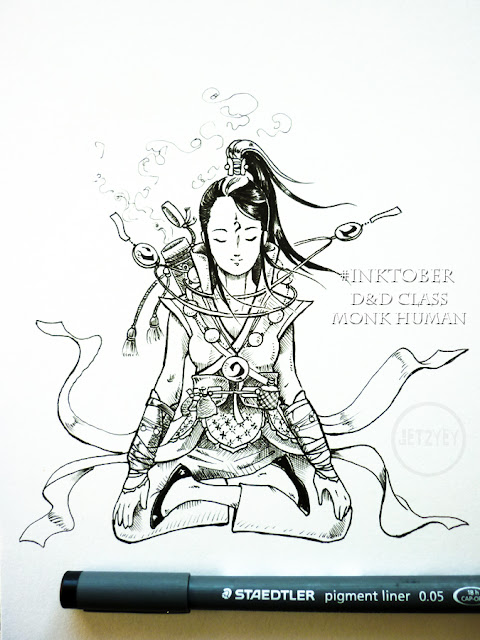